There is no denying the fact that Canada draws a majority of the world’s population as far as migration is concerned.

With a growing economy and multiple opportunities, Canada is no longer the cold and isolated country it once was. In fact, it has gained quite a reputation for itself in terms of attracting a large section of the world’s professional community.

In Canada, Vancouver has always enjoyed the distinction of being one of the most sought-after cities in terms of seeking employment opportunities or starting an entrepreneurial journey.

It is one of Canada’s biggest cities and has been steadily witnessing an increase in its population figures for the last decade. This figure is only expected to grow in the coming years.

According to a leading personal injury lawyer based in Vancouver, one of the major fallouts of the sudden explosion in population numbers is that Vancouver’s roads are not as safe as they were once before.

In fact, road accidents, injuries, and fatalities are becoming a menace in more ways than one. 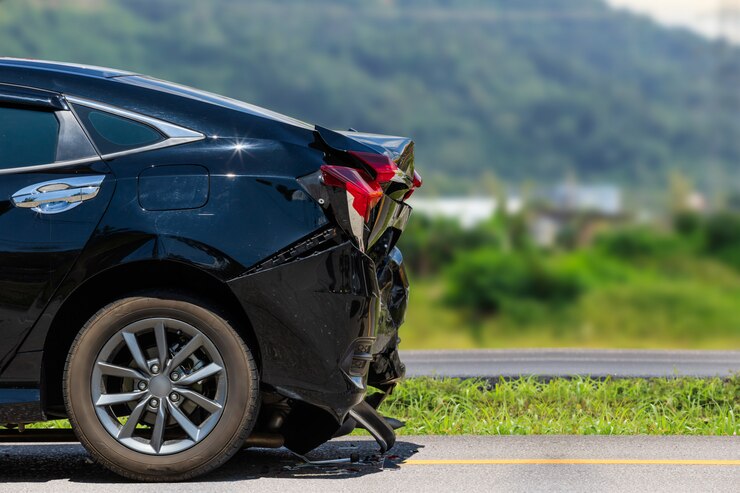 According to data, the state of British Columbia sees more than 350,000 car accidents every single year! When it comes to the Vancouver metropolitan area, the number of car accidents annually stands at 60,000.

If you are familiar with the roads, intersections, and streets of Vancouver, you will know that the major hotbeds of car accidents are Knight Street, Marine Drive, as well as Knight Street Bridge.

The Trans-Canada Highway is infamous for being one of the most dangerous intersection points in the entire state of British Columbia.

List of 10 Major Causes of Car Accidents in Vancouver: In this section, we are going to look at the ten major reasons or causes why car accidents take place in Vancouver, British Columbia:

1. Dangerous condition of roads because of Canada’s weather-

We all know that Canada is one of the coldest countries in the world. The direct fallout of something like this is the subsequent conditions that they create on the road.

Icy, cold, and wet conditions create slippery road conditions, which makes braking difficult, if not impossible. The tires of the vehicles find it difficult to grip the surface of the road.

There are so many new and innovative technologies that are acting as a distractive medium for drivers. We carry our smartphones, and every message notification makes us reach for the phone.

The same goes for screens that are found in practically every other car. Making inputs like adding addresses or changing the radio, linking your phone, etc., causes distractions.

3. Overspeeding on highways and intersections-

There is no doubt that Canada has one of the best roadway connectivity options in the world. The roads are empty, and this encourages drivers to over speed.

When you over speed, you lose control over the vehicle, and this leads to accidents. While the government is trying to strengthen punishments, cases of overspeeding are frequently reported from Vancouver.

4. Driving Under the Influence leads to crashes and accidents-

Substance abuse is a serious problem that Canada is currently going through. According to ICBC’s own data, in the last decade alone, DUI incidents were responsible for 34% to 22% of the total fatalities that were reported from car accidents.

The government has reduced the accepted volume of alcohol in the blood to just 0.5% to bring down incidents like this.

While this might not be a problem in other parts of the world, in Canada, this reason becomes acute given the icy and wet conditions of the roads.

We have already mentioned how the difficult weather conditions make it difficult for drivers to control their vehicles.

Following a vehicle too closely results in accidents as the drivers are not able to stop in time.

The roads play an important role in making the movement of goods accessible across the length and breadth of the country.

Commercial trucking is a serious proposition when it comes to driving Canada’s economy. However, there have been numerous studies that show that drivers of massive rigs are often overworked as they have to meet unreasonable deadlines.

7. Failure to adhere to pedestrian and cyclist safety norms-

Most governments around the world are trying to introduce rules and norms for cyclists. Given how global warming is creating havoc, governments are encouraging the use of cycling to improve the health of the population.

This is also leading to more accidents as rules are not followed, and this leads to accidents where cyclists and pedestrians get hurt and injured badly.

8. Distractions from billboards and other vehicle drivers-

The rise of interactive billboards that run video content 24×7 poses a danger to car drivers. At certain times of the day, the rays of the sun hit the video billboard and cause partial blindness if you catch it directly.

Many drivers from across the state of Vancouver have stated how this is an unnecessary and unwanted distraction that compromises their focus and wellbeing.

9. Increasing cases of road rage on Canadian roads and highways-

It looks like the pandemic has made us all very angry. In a recent survey done by Insurance Hotline, it was found that Canadians are more hot-headed behind the wheels than they ever were.

Every time you open the news, you see that the police are involved in an altercation between drivers after a massive incident of road rage. This problem is escalating in Canada.

10. Introduction of new drivers and their inability to follow road regulations-

In the opening sections of the article, we briefly touched upon the fact that Canada attracts people from different parts of the world.

In some instances, the new drivers that are not accustomed to left-hand driving or cannot follow road signs end up making mistakes that lead to car accidents. This is also something that the government needs to take up seriously.

Every city or country in the world is going through a transition. Populations are increasing, and that is fueling an increase of vehicles on public roads. This is leading to an increase in road accidents.

If you or someone you know has been involved in a road accident, we would like you to share your personal experiences in the comments section below. Please share with us your experiences with regard to insurance settlements.

Who Can Be Held Liable After A Truck Accident

Workers’ Compensation Insurance And Its Benefits Types Of Compensation In A Personal Injury Lawsuit

When it comes to getting compensated for a personal injury situation, it’s possible to acquire ...
By Arnab Dey
August 5, 2022 Criminal cases are most frustrating, and you need to go through the ordeal without losing ...
By Arnab Dey
August 5, 2022