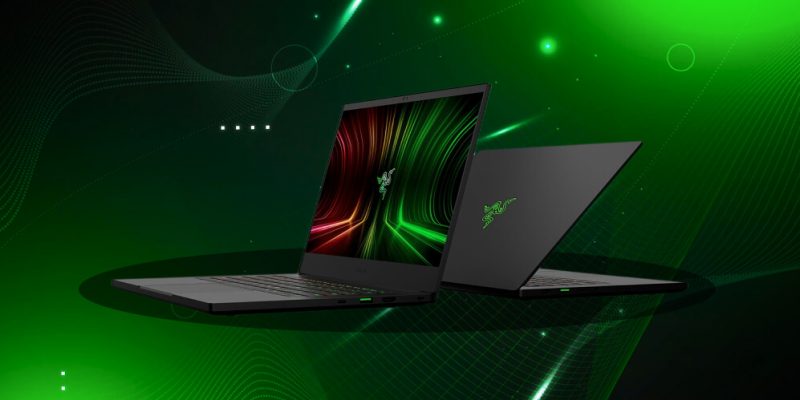 When the Razer Blade 14 launched in 2021, the gaming community was in an ecstatic uproar. They were all surprised by the jam-packed features of this gaming laptop and its specifications. This even made pro gamers consider switching to a laptop from a gaming PC.

But, since it’s already been a year, can this old gaming laptop king still hold a candle to the newer and beefier gaming laptops of 2022? Read this review and find out whether the hefty price tag is worth it or not!

Using the Windows 10 operating system (which you can update to Windows 11 for free), the main features of the Razer Blade 14 gaming laptop are:

However, this laptop screen is great for competitive gaming since it boasts a refresh rate of 165Hz with a 3ms reaction time. This is good enough to steamroll through ranked lobbies while playing Valorant or Apex Legends.

The screen of this laptop also has the AMD FreeSync feature. This removes any form of screen tearing that might happen when the FPS of a game exceeds the refresh rate of the monitor.

When it comes to the processing power of the Razer Blade 14, it gets powered by the Ryzen 9 5900HX processor. This CPU has 8 cores and 16 threads, making multitasking easier and smoother.

The processor also has a base clock speed of 3.3GHz, which can be overclocked and boosted to new max speeds of 4.6GHz.

The Razer Blade 14 was a big hit back in 2021. It was one of the first laptops to come preinstalled with the NVIDIA GeForce RTX 3080 graphics card. In addition, it has 8GB of DDR6 VRAM to run all games with ease.

When the laptop’s memory is concerned, this laptop has 16GB DDR4 RAM, which has a base clock speed of 3200MHz. This is pretty decent compared to other laptops that have the newer DDR5 RAM with clock speeds of 4800MHz.

However, a great aspect of this laptop is that you can expand its RAM to 32GB. This will be enough to make multitasking easier and load up all games faster.

The Razer Blade 14 has ample amounts of storage space with a 1TB NVMe 2.0 SSD. The NVMe SSD significantly helps open and load up all the assets of your games and applications. Therefore, it is faster than a normal HDD hard disk and can store many games.

The built-in power supply is a Lithium-ion polymer battery with a power rating of 61.6WHr. The charger has a 230w power adapter that charges up the laptop pretty fast in no time at all. This will be enough to make your gaming sessions last for at least 8 hours after a full charge.

The Razer Blade 14 2021 has a great per-key RGB keyboard, like the updated Acer Nitro 5. In addition, the Razer Chroma n-key rollover system supports this. This is a great feature because it instantly registers multiple keypresses, something prevalent in gaming, especially Shift + WASD + Spacebar.

Another great feature is the use of the Microsoft Glass Touchpad, which makes tracking easier and smoother. For example, each stroke of your finger gets registered instantly and moves at the same pace as your finger, being as accurate and precise as possible.

If you want connectivity options, the Razer Blade 14 is happy to help. This laptop has

The stereo speakers built-in on this laptop provide pretty good audio for a laptop, supported by THX Spatial Audio and support for 7.1 surround system codec formats.

After using this laptop for a few weeks, I understood most of its strengths and weaknesses, making it one of the best gaming laptops of 2021. Compared to its other competitors in the same price bracket, I made these deductions after weeks of continuous heavy usage to come up with the Razer Blade 14 review 2022:

It seems pretty sturdy after handling the laptop because it weighs only 1.78kgs. This weight is pretty light by most gaming laptop standards, especially compared to the heavier Alienware M15.

The 2K 14” monitor looks vivid and bright, even though it is smaller than its peers. In addition, its IPS panel with a 165Hz refresh rate makes each game come to life with higher clarity and smoothness.

The sound system of this laptop is pretty basic. However, it provides borderline quality to ensure that you can clearly hear everything. For the best audio-visual experience, wear headphones.

The battery life of this laptop stunned me the most. Most gaming laptops run for 6 to 8 hours after charging them up fully. This is significantly higher than its peers and the same as Razer Blade 15.

Aso, it takes only 1.5 hours to charge this laptop while it’s not being used fully. Also, I did not face any heating issues at all.

The Razer Blade 14 delivered excellent graphical fidelity and frame rates across all games. Be it playing competitive multiplayer FPS games like Counter-Strike: Global Offensive, or even majestic single-player campaigns like Metro: Exodus or Elden Ring, a constant 90+ FPS was seen in all.

When it came to working with other productive apps, like the Microsoft Office suite or the Adobe Photoshop suite – they all ran smoothly as silk.

Q1. How Expensive Is The Razer Blade 14?

The current price of the Razer Blade 14 is $2,599. This is on par with other competing gaming laptops with similar specs.

Q3. Is The Razer Blade 14 Good For Productivity?

Tyes, this laptop is good for productivity because it has high specifications that allow it to run almost all professional apps with ease.

Q4. Does Razer Blade Get Hot?

I did not face any heating issues after using the Razer Blade 14 for weeks. In addition, the battery of this laptop is pretty good compared to other gaming laptops in the same price segment.

The Razer Blade 14 is an amazing laptop for its price. Even though it has a high price of $2599, I would say each dollar is worth it, considering the performance and features of this laptop.

Overall, this is a great laptop that I would recommend gamers to go for in 2022. If you want to know about other gaming laptops, read my reviews right here at Voice Of Action!

3 Things To Consider When Choosing Among Lear Capital & Other Firms 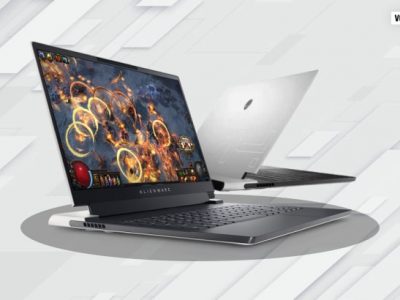 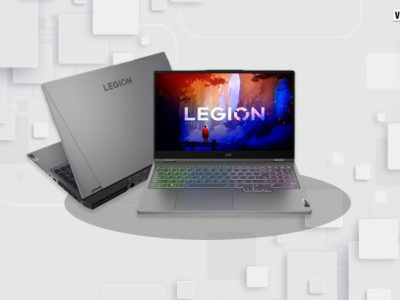 Lenovo Legion 5 Pro Review 2022 – Is This Laptop Good For Gaming?

Buying the perfect laptop for gaming (and other works) can be difficult because of the ...
By Debamalya Mukherjee
June 17, 2022