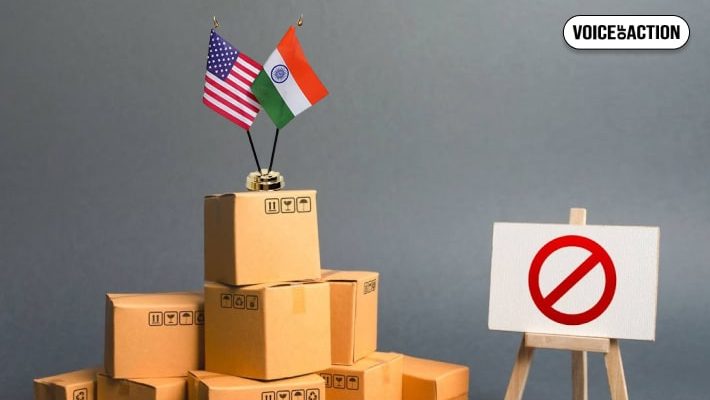 If you ever go to an import and export office in any country, you will see that they have many rules and regulations concerning certain goods. This is because no country will allow the import and export of all goods. Certain restrictions get placed so that the security of the nationals gets upheld.

Many banned goods from India cannot be imported into US soil. While many of them are harmful and destructive products, many are harmless products. They are banned because of their abusive use by citizens or because of specific policies and indictments.

But which goods are banned from India? Continue reading this article to find out!

What Are Banned Goods?

When someone says that some goods are banned, it refers to goods that are prohibited to be transported or carried inside national soil. It does not refer to banned goods slippers, a famous TikTok product that has gained a lot of popularity recently.

Therefore, in the case of the USA, any goods that cannot be taken inside national soil after transporting them using ships and airplanes are referred to as banned goods.

There are many agencies present in airports and docks that monitor the goods that are entering national soil. The agency that monitors this in the USA is the US Customs and Border Protection (CBP). They have placed many policies and regulations in place to ensure that no banned goods are entering US soil.

Since the CBP is there in place to check your belongings, we recommend not getting aboard a ship or an airplane if you are carrying any form of banned goods. While the goods might not be banned in India, they might be banned in the US.

Upon a lot of inspection, the CBP came up with a list of goods that they deemed unsafe for providing entry into US soil, from India. The list of goods that are banned is quite long. Therefore we have condensed it into a shorter list, where we have classified them into various broader categories of products.

Some of the most important classifications of banned goods from India in the US are:

Narcotics refer to various forms of drugs that can be used by people for various effects. These include euphoria-inducing illegal substances like heroin, cocaine, meth, brown sugar, LSD (more popularly known as acid), ganja (marijuana), charas (hash), and many more drugs.

For quite a long time, the USA has been in the papers for its war against drugs. The number of drug abusers in the country is said to be increasing on a daily basis, and harsher stances are required to be taken now to save the youth from this impending threat.

Firearms from India are banned on US soil because they can be potentially used to carry out terrorist attacks. Even if a person from India has legal licenses to carry a firearm with them, it will still not be allowed through customs because Indian firearm licenses are not applicable on US soil.

While you can carry food items like fish, chicken, beef, pork, and mutton dishes, you cannot carry raw animal products like raw meat and fish, along with their other body parts like bones and skin.

Even though the aforementioned items are edible substances, other wildlife-based substances like their bones, skins, horns, and other body parts are banned goods that cannot be carried inside US soil.

Biological specimens like animal body parts and even human body parts are all banned goods that cannot be carried from India to the US. You will immediately be detained in the customs check if they find animal bones, or better yet, real human bones in your luggage.

You cannot carry hunting trophies like the heads of antlers and deers, or even bears and tigers with you from India to the USA. They will be treated as goods disposal items and will be taken away.

There are many types of chemicals that are banned in the US. The name of these chemicals are all mentioned in Schedule 1 of the Chemical Weapons Convention of the UN that took place in the year 1993..

There is a long list of banned goods that are all medicines that have been banned in the US because of their addictive and harmful properties. While we will not be naming any of these medicines, you have to make sure that you are not carrying them on your flight or ship from India to the US, or else you will get detained by customs.

However, pharmaceuticals that belong to covid care packages are allowed because of current situations where the threat from the covid pandemic is not over yet.

Q1. What Products Cannot Be Exported?

Ans: Illegal drugs, pharmaceutical products, organs of wild animals, etc. cannot be exported to the US.

Q2. What Items Cannot Be Shipped To India?

Q3. What Are Prohibited Goods?

Ans: Prohibited goods are goods that are banned entirely from consumption or trade.

Q4. What Items Can Be Imported From India?

There are various types of banned goods that cannot be exported from India to the USA. The official reason given by the CDA is that these products are harmful to the health of citizens, or can be used as weapons against others.

Several products like drugs, illegal medicines, animal and human organs, pornographic materials, firearms, and many other types of goodd from India are banned in the US.

If you liked reading this article about banned goods, then please do check out our other articles!

5 Reasons Why You Should Take Korean Language Lessons Every single day while commuting to work, I come across tons and heaps of garbage ...
By Susmita Sen
April 23, 2022