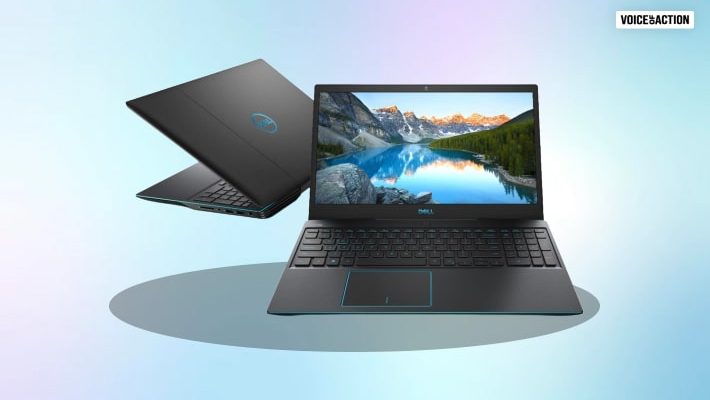 To make your gaming laptop shopping easier, I have reviewed the Dell G3 15 gaming laptop. While this is an older laptop with outdated hardware, it still serves its purpose as a budget gaming laptop. This is useful for students who want to play games and also do their studies.

Therefore, read this Dell G3 15 gaming laptop review to understand whether its price tag is worth it. Read on for more details about its components and how well they perform while gaming.

The primary specifications of the Dell G3 15 are:

After using this laptop for 2 weeks, I tested out all the software and hardware features of this laptop. As a hardcore gamer, I tested this gaming laptop to its limits by playing many graphically intensive games. In addition, I also tested various other applications to benchmark this laptop accurately.

The design of the Dell G3 15 is one of its selling points. It’s pretty sleek, with everything packed in a compact state. The best thing is that its design is not too flashy and looks pretty simple and minimalist.

When it comes to the display, it has a pretty decent 15.6” FHD screen with a 120Hz refresh rate. However, this turned out to be one of the disappointing features of this laptop. This is because other laptops in this price range offer either 144Hz or 165Hz refresh rates for smoother competitive gaming.

Also, the screen’s color gamut sits at 63% sRGB, falling short of the 71% average at this price range. Therefore, pictures don’t look that vivid, with the colors becoming a bit dull. Here, its competitors like the Acer Nitro 5 fare better.

The battery life of the Dell G3 15 is pretty decent. I surfed the web at full brightness settings and also listened to music in the background. Here, the laptop lasted for 6.5 hours.

However, it fared a lot less while gaming, which is expected from any gaming laptop. While playing graphically intensive games like Metro Exodus and Cyberpunk 2077 (with bugs), the laptop ran for 2.5 hours.

The 1TB HDD was more than enough for me to store many games, movies, and videos. I was pleasantly surprised that adding the 256GB SSD was great since I stored my C: drive there. Therefore, booting up my OS installed on that drive was fast and crisp.

However, it’s important to note that most other gaming laptops like the Razer Blade 14 all have no HDD but a bigger 500GB or 1TB SSD.

The keyboard of the Dell G3 15 is pretty standard, with only a single option for a blue backlight. It’s a standard laptop membrane keyboard that is pretty simple, but it still feels flimsy and not durable.

The mousepad is still the same as most other laptops since there are not many additions you can make here. Plus, you will probably be using an external  RGB gaming keyboard and a mouse anyway.

The camera is pretty average, recording videos at 720p and 30fps. However, I would have appreciated an auto-focus feature here.

The Dell G3 15 offers many ports, like two USB (Type C and Type-A) ports, along with an HDMI 2.0 port. In addition, it also provides the industry-standard RJ45 ethernet port. Also, it provides wireless connections through Bluetooth 5.0 and WiFi 6.0.

Now, coming to the main part of this Dell G3 15 review, how is its gaming performance?

Then I was surprised to see that most of these games ran at 60fps+ after customizing the graphics settings at 1080p. I played most of these games in low to medium settings. However, in games like God of War and Cyberpunk 2077, I got 40 fps on average at the lowest settings.

Therefore, I can say that the combination of the 8th Gen Intel Core i7 processor, the GTX 1060 6GB, and the 16GB RAM proves to be decent in this price range.

However, using other productivity apps like Adobe Premiere Pro and Blender for editing and animations proved to be flawless. I faced no slowdowns and lag at all. The same goes for watching 1080p movies.

Most of the customer reviews appeared to be positive. Most of the gamers were pretty much satisfied with gaming on this laptop, despite its lower price range compared to the Alienware X14 and the Razer Blade 15.

However, most users had issues with its screen being a bit too dull and not crisp and vivid enough for gaming. Plus, the non-RGB keyboard was a letdown for many.

Ans: Yes, the Dell G3 15 is a pretty decent laptop for an affordable price range of under $1000. You can do mid-end gaming here, supporting all the latest games.

Q3. When Was Dell G3 Released?

Q4. Does Dell G15 Have A Fingerprint Sensor?

Ans: No, the Dell G3 15 does not have a fingerprint sensor. It has a pretty basic touchpad that is not too different from the ones seen in other gaming laptops.

Gamers can be pretty critical and judgemental when it comes to purchasing a gaming laptop. This is because laptops like the Dell G3 15 tend to be on the mid-end of the price range. In addition, every laptop component plays an important role in impacting its overall performance.

After using this laptop for two weeks and playing many high-end games, I can say that the Dell G3 15 gaming laptop review ends on a “somewhat” positive note.

Since it’s a $799 price range and pretty outdated (no RTX graphics and 8th Gen Intel Core processor), its decent performance is somewhat expected not to blow out the eyes and minds of gamers.

Therefore, I would recommend you buy this laptop only if you are on a tight budget. There are better options out there on the market as long as you are willing to spend a bit more.

Tips On Renting Your Property To Tenants

5 Great Reasons To Buy Your Computer Equipment Online In Thailand

Whether a novice or someone with extensive skills in IT, buying a computer and its ...
By Sumona
August 1, 2022 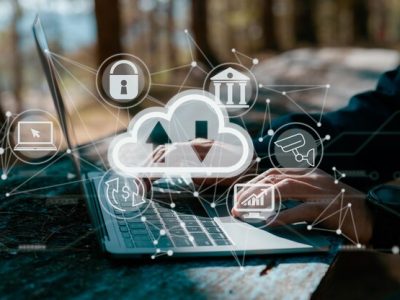 What Are Some Cloud-Based Reporting Tools?