The global cannabidiol (CBD) market size reached $2.8 billion in 2020. Between 2021 and 2028, the industry could grow by a CAGR of 21.2%. The demand for cannabinoids like CBD for health and wellness purposes is continuing to rise.

Some cannabinoids like CBD are known for their therapeutic effects. Despite CBD’s growing popularity, there’s a lot people don’t know about the different types of cannabinoids. For example, there’s also THC, CBN, and CBG to consider.

What are cannabinoids, exactly, and what types of cannabinoids are now available for purchase? Keep reading to find out.

After reading this guide, you can determine which cannabinoids from the Cannabis plant are right for you. Read on to learn more!

First, let’s go over the basics. What are cannabinoids?

Scientists now know of 113 cannabinoids found within the Cannabis plant. Tetrahydrocannabinol (THC) and cannabidiol (CBD) are two of the best-known cannabinoids. Though they’re well known, these two cannabinoids are quite different.

For example, THC is best known for its psychoactive effects. It can cause hallucinations, paranoia, and other side effects. CBD, on the other hand, is better known for its therapeutic effects.

CBD could potentially ease anxiety, pain, or help you sleep.

Though these two cannabinoids are found predominantly in the marijuana plant, some types of less abundant. As a result, it’s more difficult to gather research about these different types are cannabinoids.

How They Interact With the Body

When discussing the different types of cannabinoids found in Cannabis plants, it helps to understand how they interact with the human body.

Phytocannabinoids can interact with the body’s endocannabinoid system (ECS). The ECS exists in every human body, regardless of whether or not you use cannabinoids. The ECS is a complex cell-signaling system.

It’s responsible for regulating a variety of bodily functions, including:

These functions are responsible for keeping the body in a state of homeostasis. In other words, they keep the body in balance.

If an outside source knocks the body out of balance, the ECS kicks in. Then, it’s able to help the body return to homeostasis.

Endocannabinoids are endogenous cannabinoids. Your body creates these molecules as needed to keep functions running smoothly.

Receptors are located throughout the body. Namely, they’re located in the central and peripheral nervous systems.

Your endocannabinoids bind with receptors to tell your ECS it’s time to take action.

The final components of your ECS are enzymes. Enzymes break down endocannabinoids once their job is complete.

Different types of cannabinoids can interact with your ECS a little differently. For example, THC interacts with the ECS by binding with receptors throughout the body. They can bind with both the CB1 and CB2 receptors, making them especially powerful.

As a result, THC is able to have an effect on both the body and mind. For example, it’s able to potentially minimize pain. It could cause anxiety, paranoia, or stimulate your appetite.

Scientists don’t yet entirely know how CBD interacts with the ECS, though. CBD won’t make you high or cause other negative effects. It doesn’t bind with the CB1 or CB2 receptors the way THC does, either.

Rather, scientists believe CBD works by keeping endocannabinoids from breaking down. This would allow natural endocannabinoids to have a prolonged effect on the body. CBD might help with nausea, pain, and symptoms related to other health conditions as a result.

Now that we’ve reviewed how cannabinoids work, let’s discuss the different kinds of cannabinoids found in the marijuana plant. Here are a few cannabinoids scientists have discovered and researched.

You can learn more about these cannabinoids from Hemp Science.

Also known as Delta-9-THC, tetrahydrocannabinol is the best-known cannabinoid to date. THC is the cannabinoid that can make you feel high.

It can bind to the CB1 receptors to release dopamine throughout the ECS. You could experience feelings of euphoria and relaxation as a result.

However, THC can also impact memory, movement, and concentration levels.

THCV contains fewer carbon atoms than THC. It could work as an agonist to some of THC’s effects.

It could allow people to experience a clear-headed, psychedelic high as well.

Cannabidiol is the second most abundant cannabinoid found in the marijuana plant.

It could increase levels of endocannabinoids throughout the body. It might also interact with brain cells to regulate pain.

CBD might ease inflammation, pain, and feelings of nausea as a result.

Cannabidivarin has a similar structure to CBD. It’s also non-intoxicating.

CBDV is best known for its anticonvulsant effects. It could help modulate pain, too.

Cannabichromene has a significant number of strains. It’s the first most common cannabinoid found in weed.

It directly interacts with both the CB1 and CB2 receptors, as well as other receptors throughout the ECS.

Cannabigerol is considered one of the two most essential cannabinoids. Both THC and CBD begin as CBG. They wouldn’t exist without starting from CBG first.

Cannabigerolic acid is the precursor to all cannabinoids found in the marijuana plant. It’s considered the mother cannabinoid.

Without CBGA, we wouldn’t experience medicinal benefits from the Cannabis plant.

Cannabinol is treated when THC degrades due to exposure to light or age. It can provide sedative effects for people with insomnia.

The Different Types of Cannabinoids: Your Guide to Major Chemical Compounds

To recap, what are the different types of cannabinoids? There are 113 known cannabinoids found in the Cannabis plant. These chemical compounds are able to interact with the human body’s ECS.

Scientists are still learning more about plant cannabinoids and their potential effects, though.

Searching for more guides? You’re in the right place. Check out our latest guides today for more advice. Essential Oral Hygiene Practices For Your Kids To Adopt

Ask any dentist and they will gladly confirm that the cause of most dental problems ...
By Arnab Dey
May 16, 2022 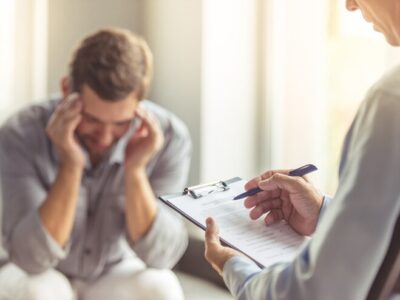 Many of us have experienced a situation where a seemingly perfectly healthy neighbor got sick ...
By Sumona
February 23, 2022