Bitcoin — probably the most famous blockchain around today — sees an incredible quarter of a million transactions every day. That’s an amazing and popular use for the distributed ledger technology that underpins the blockchain network, but it’s not the only use case for blockchain.

So, what are the types of blockchains in use today? How many blockchain use cases are there? And is there more to the blockchain than the many types of cryptocurrencies it powers?

If you’re curious about these questions, then keep reading. We’re going to break down every last detail of the countless blockchain use cases that are around today.

Wait, What Even Is a Blockchain?

Let’s start with the basics. Before we get into blockchain use cases, let’s talk about distributed ledger technology.

That term is a bit of a mouthful, but in reality it’s easy to grasp. Imagine a ledger, like the kind an old-fashioned shop might have. The shopkeeper uses it to record data: their inventory, how many goods they’ve sold, and how much stuff they have ordered.

That’s all fine, but anyone can come in and write whatever they want in that ledger. Heck, an unscrupulous shopkeeper could write false info themselves for nefarious reasons.

A blockchain is a ledger that exists on loads of different computers all at the same time. You can’t falsify data because you can’t get to all those entries, and it’s all backed up by some seriously impressive high-level cryptographic math.

Not so hard, right?

So, What Are the Blockchain Use Cases?

Well, number one is a cryptocurrency, of course. Cryptocurrencies use that distributed ledger technology to record who owns which cryptocurrency and how much of it they have. When they send it to other people, the ledger records that too.

Because blockchain is so secure and trustworthy, people feel confident that their crypto transactions are all above board. What’s more, it’s adaptable enough that all kinds of different currencies can exist atop the blockchain. That’s why Bitcoin eventually led so many people to learn how to buy Ethereum.

But crypto isn’t all of blockchain. There’s also stuff like NFTs and other kinds of smart contracts. In this instance, the blockchain is used to record contracts and records of ownership in an indelible and trustworthy manner. Everyone can be confident that their deals are stable because the details are right there on the blockchain.

Who knows? Perhaps in the near future, our ownership of our vehicles and homes will be recorded as NFTs!

It’s Off the Chain

As you can see, the blockchain use cases that are around today are varied and fascinating. Beyond cryptocurrencies (which are pretty cool all by themselves), smart people find new uses for distributed ledger technology every day. It won’t be long before the blockchain becomes a commonplace part of our daily lives.

And if you don’t believe me, well, you can always trust the blockchain.

Liked this piece? Have a browse of our site for more!

10 Quick Ramadan Decoration Ideas For Home And Workplace In 2022 Bitcoin stands firm as the first decentralized cryptocurrency that received so much success. The term ...
By Sumona
August 9, 2022 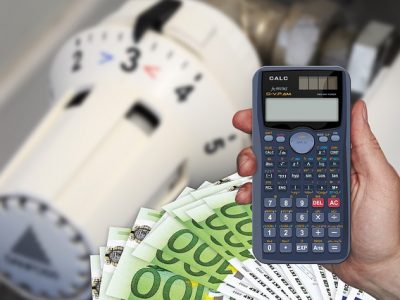 Inflation Is Hitting Everyone’s Budget: Here Are Ways To Save Money